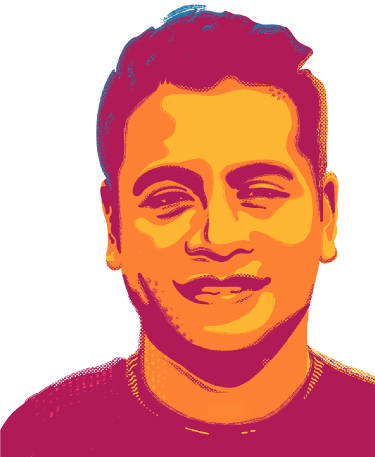 There are going to be some tough questions we are all going to have to answer on our journeys, but stepping out of the comfort zone is part of this.

Armando Ibañez is a latinx queer filmmaker from Acapulco, Guerrero, Mexico. He has been living in the United States for over 20 years and lives in Los Angeles, California. He graduated from Cerritos Community College with an AA in Film and TV production. His passion for film began at the age of 7 years old while watching Mexican cinema from the 1950s.

Armando is the writer and director of the award-winning YoutTube series Undocumented Tales, a story that follows the journey of a Mexican undocumented and queer server living in Los Angeles. The series has been screened around the country, at universities, community spaces, and film festivals including Outfest. In 2018, he was nominated for the LAWEBFEST Awards in the categories of outstanding writing, outstanding directing, outstanding drama series, and won for outstanding lead actor.

“Undocumented Tales” is an online series that brings to light the story of an undocumented queer immigrant waiter working and living in Los Angeles. This story is one that almost never told in mainstream media or in the broader immigrant and LGBTQ communities. The vision of this project is to authentically tell the stories of our communities and bring to the forefront the lives of those living at the margins.

We use cookies to ensure that we give you the best experience on our website. Press accept to continue.Accept